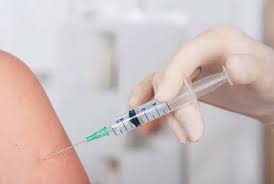 A Kenalog injection does not cure hay fever. It just temporarily suppresses the immune system enough to take away the symptoms in most people who need it.

The Kenalog is given by injection into the muscle of the the upper outer quadrant of the buttock. The triamcinolone is slowly absorbed into the bloodstream from this area.

Any potential side effects from Kenalog last for about 3 weeks after the injection and many people find the relief from symptoms commonly lasts the entire season.